Super Dungeon Explore and its follow up Arcadia Quest have been on Kickstarter quite a lot over the years with various sets and expansions and they have a very cute aesthetic to them which are very different to the Warhammer norm.

Super Dungeon Explore is based more on Hack & Slash videogames whilst Arcadia Quest was based more on medieval D&D campaigns with a futuristic setting also released called Starcadia Quest. Eventually the models could be mixed and matched with SDE Legends having the same gameplay mechanics. 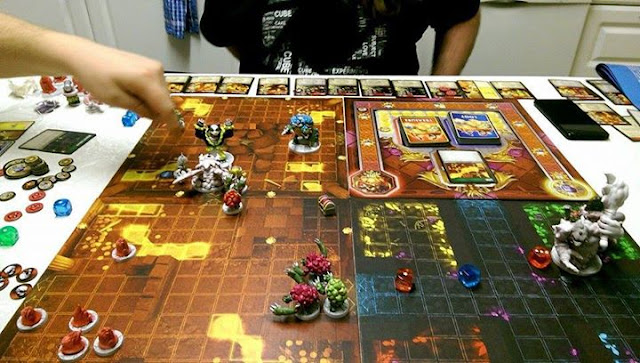